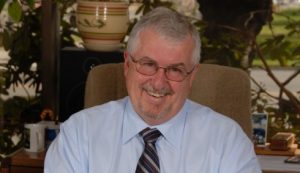 Bill was born in Pasco, Washington in 1947. He was educated at the University of Washington and received his J.D. degree from Willamette University College of Law in 1981. He was admitted to practice in Washington in 1981 and has since been admitted to the U.S. District Court, Eastern and Western Districts of Washington and the U.S. Court of Appeals, Ninth Circuit. He is a member of the Federal, Washington State, and Benton-Franklin Bar Associations. He is a past President of the Bankruptcy Bar Association for the Eastern District of Washington. He is a member of the Debtor-Creditor Executive Committee for the Washington State Bar Association. Bill’s practice emphasizes bankruptcy law from either the creditor’s or debtor’s perspective, business litigation and real estate law.

Bill can be emailed at billh@hawlaw.com