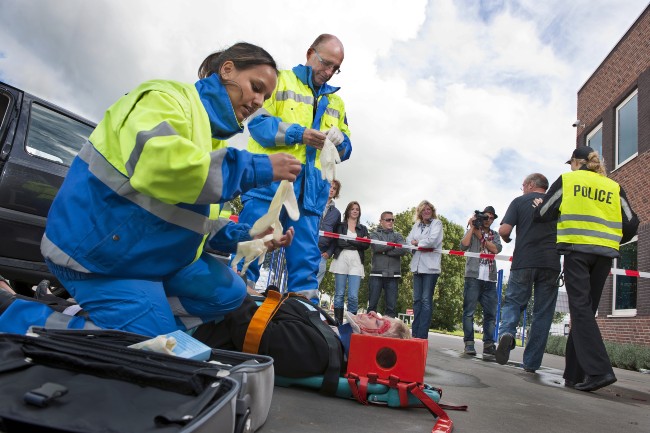 Americans move around a lot. We like to visit family in neighboring states and take vacations all over the country as well as internationally. If our destination is within reasonable driving distance, many people of our great state of Washington will pack the family up in the car and head out onto the open road. But few of us stop to think about what it would be like to get into an accident while visiting another state. What are the legal ramifications of such a crash? And is there anything special that accident victims need to do when injured outside of state lines?

After the initial shock of the crash subsides a bit, you may get a slight aftershock at the thought that your insurance possibly doesn’t cover you when you are out-of-state. But you can relax. Most insurance policies cover you across all 50 states. In fact, you are probably covered both in Canada and in any United States territories as well.

Most states in the US are “fault” states when it comes to motor vehicle accidents. That means that, when an accident happens, the driver who was at fault for the accident (or their insurance) is responsible for compensating the driver who was not at fault, but injured. In other words, the person responsible for the accident is the one who pays if there are injuries and/or property damage. Washington is in the majority and is such a “fault” state.

There are only 12 no-fault states in the union: Florida, Hawaii, Kansas, Kentucky, Massachusetts, Michigan, Minnesota, New Jersey, New York, North Dakota, Pennsylvania, and Utah. In these states, drivers are required by law to carry personal injury protection coverage (PIP) on their own insurance policy so that, if they are injured, they can go to their own insurance to pay their medical bills, etc. However, the amount of coverage they must carry varies. And if they only have $10,000 in coverage, then once they have used it up, they may be on their own to cover the rest of their expenses. Some states allow you to go after the negligent driver for expenses above your PIP limit, but again, that varies by state.

Comparative Negligence Varies By State, Too

When both drivers are partially at fault for an accident, the amount that the responsible party pays varies because each state has its own comparative negligence rules. In other words, how each state handles attribution of fault and its effect on compensation varies.

RCW 4.22.005 states that contributory fault applies in Washington. That means that, if you have a regular in-state accident with another Washington resident and you were 10% at fault and the other driver was 90% at fault, you would be able to receive 90% of your damages. Some states bar recovery when you are even 1% at fault, but that is not the case here.

How Does All of This Apply to Out-of-State Accidents?

When an out-of-state accident happens, the laws of the state wherein the accident occurred rules. In other words, if you live in Washington and get in an accident while traveling through Utah, the laws of Utah would apply to the accident. As previously mentioned, Washington is a fault state. But Utah is a no-fault state, so that rule would apply to your accident in Utah. And since Utah law says that the injured party’s insurance pays for their own injuries first, your insurance would be required to pay for your medical bills up to the amount required by law in Utah. There would be no requirement to prove fault to get your money. But once your damages reach the maximum PIP, your lawyer would have to decide if a lawsuit for the remaining amount would be advisable.

The comparative negligence rules apply in the same way. In our example, Utah laws win the day. And unfortunately for the plaintiff in the above case, Utah uses comparative fault instead of contributory fault. That means that, in Utah, if you are at least 50% at fault, you get nothing. Anything over 49% fault means that you are barred from seeking damages from the other driver. So in our example of a Washington resident getting into an accident in Utah, if they were more than 49% at fault for the accident, they would not be able to seek recovery. If you are less than half at fault, you could receive a partial award for damages.

Where Can You File Suit?

Another question arises in out-of-state accidents, and that is the question of where to file suit? In the example we’ve been using where a local resident has an accident in Utah with a Utah resident, the suit would have to be filed in Utah. The general rule is a suit can be filed in the state where the defendant lives or in the state in which the accident happened. In our example, the defendant lives in Utah and the accident occurred there, so it is our only choice of jurisdiction for a personal injury claim.

But what if the Utah accident involved three people: you (Washington resident), the Utah resident, and a California resident? Then you could:

But either way, you cannot file in your home state unless everyone agrees. And let’s face it, filing in Washington makes it easier on you. Since you are suing them, it is doubtful that either defendant will want to grant you that favor.

At Hames, Anderson, Whitlow & O’Leary, P.S., we are experienced accident attorneys. We have years of handling the complexities that can arise in an out-of-state accident and are happy to help you navigate the legal landscape. If you’ve been injured by someone else’s negligence, you need compensation, regardless of where the accident occurred. We welcome the opportunity to serve you. So call us directly, or contact us online to set up your free consultation.