How Is Fault Determined in an Auto Accident When Backing Up?

How Is Fault Determined in an Auto Accident When Backing Up? 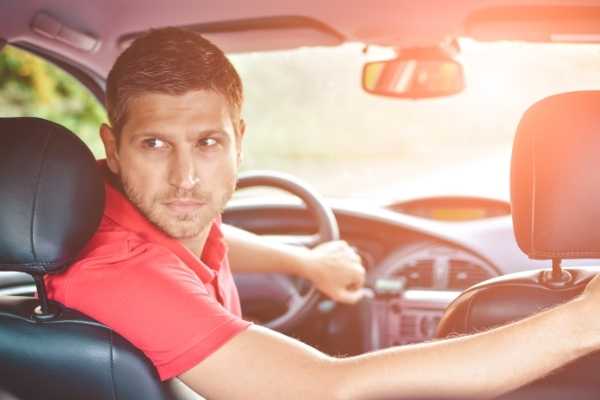 It’s a well-known fact that car crash accidents happen every day on the roads of Washington State and across American. What many drivers do not realize is that not all auto accidents happen on the road. Yes, tens of thousands of accidents occur each year in parking lots. These accidents can occur in many ways, but a frequent source of parking lot mishaps occur when one or both cars are backing up. As you can imagine, when this happens, the determination of fault can be tricky.

Another situation where it is clear who was a fault is when one of the cars involved was actually stationary when the accident occurred. If one car is stationary, then the other driver is at fault.

But what about when neither driver has the right of way – as when both cars are backing up in a parking lot? If there are extenuating circumstances that show that one driver was negligent, then that driver would be at fault. But in the absence of such extenuating circumstances, both drivers who collided while backing up would be found equally liable.

Exceptions to Right of Way

In today’s era of cell phones, car stereos, and GPS systems, there are many things that can distract a driver, and instances of this are even more prevalent when drivers are moving through a parking lot. According to the National Safety Council, 66% of drivers admit to talking on the phone while driving through parking areas. In addition, the majority of drivers surveyed also admitted to programming their GPS, texting, viewing social media, or sending and receiving emails while driving through parking lots. Parking lot surveillance cameras and witness statements could go a long way in determining who was at fault when one or both cars were backing up.

These would all be exceptions to the right of way rule discussed above. In other words, even if Driver A was backing up, if Driver B was busy programming his GPS when the collision happened, then Driver B would likely be found to have been at fault.

Car A is backing out of a parking space at a busy mall and is struck by Car B as it makes its way down the parking row. Car B clearly has the right of way and would likely be determined to not be at fault. If the side of Car A was damaged, that would provide further proof that Car A pulled out in front of Car B and is at fault for the accident.

However, if Car A has a damaged back trunk, it would likely mean that Car A had completed backing up and was about to move forward when Car B hit it. In this case, it seems clear that the “backing up” had been completed, and now Car B would be held responsible for the crash. This responsibility sticks regardless of the reason Driver B ran into the back of Car A. Whether he was playing with his phone, the stereo, or simply was not paying attention, striking the rear of Car A means that Car B was at fault.

Avoiding an Accident While Backing Up

Of course, the best thing for all parties concerned is to avoid the accident altogether. When backing up, be sure that you are not distracted by talking on your cell phone or other means. Back up slowly, and consistently look around as you do so in order to watch for cars, children, or other hazards. If you do have a rear-mounted camera on your car, do not use it exclusively. It is a good tool to look for hazards before you begin to back up, but your overall vision and peripheral vision give you a much broader view of the area around you.

Contact Hames, Anderson, Whitlow & O’Leary, P.S., If You Are in an Accident

There is never a good time to be in an automobile accident. However, the time to call Hames, Anderson, Whitlow & O’Leary, P.S., is directly after you are in such an accident – either on the road or in a parking lot. Give us a call today or contact us online to set up your free consultation to review the facts and fight for your rights to compensation.