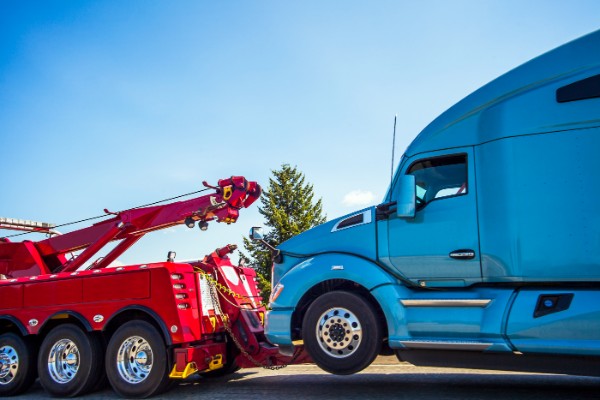 We’ve all been there. You are driving down the road, and a large semi-truck is pulling up alongside you. You feel quite small in your tiny little passenger car as this behemoth begins to block out the sun from one side of your car. You might feel a small quickening of your heartbeat as it approaches, but past experience has told you that everything will be fine. So you resolutely stay in your lane, gripping your steering wheel a little harder as the 18-wheeler makes its way past you.

Has any version of this ever happened to you? If you are a licensed driver, the answer is most likely, “yes.” And most often, this incident ends with a sigh of relief after the truck passes you safely and you can resume your drive. But for some unfortunate souls, the ending is not so happy.

It is well known that semi-trucks can be extremely dangerous due to their sheer size and weight. Those facts alone account for the tension that can arise as one passes us on a highway. Occupants of the other vehicles also know that they don’t stand a chance in a head to head collision with one of these trucks either. So the best we can do is attempt to understand the cause of truck accidents and try to prevent them from occurring in the first place.

According to the National Highway Traffic Safety Administration (NHTSA), driver fatigue is responsible for approximately 40% of all truck accidents. Historically, truck drivers were put under a tremendous amount of pressure to get their loads delivered on time. Getting products to distribution centers quickly was the main concern of trucking company management, so they pushed their drivers and incentivized them to make deliveries in shorter and shorter periods of time.

But as the decades passed, it became apparent that this pressure all-too-often resulted in drivers pushing themselves too far – some even continuing to drive after they began to nod off. As the awareness of the problem grew, the Federal Motor Carrier Safety Administration (FMCSA) developed rules to combat this national health hazard. They established Hours of Service Regulations designed specifically to keep fatigued truck drivers off of our highways.

14 Hour Driving Window
Here is how the FMCSA breaks down the daily “limit” on driving hours for truckers:

Now, if the driver reaches their destination within that limit, they can continue to work past the 14 hours if they are no longer driving. In other words, if they need to continue to load or unload freight, there is no limit to this type of activity.

However, it is important to note that, if they continue to perform any other work besides driving after the 14-hour window has expired, this will push back their next driving window. The window gets pushed back a full 10 hours after the conclusion of all work before driving again.

Example
Tracy got into her truck at 6 am and drove (taking the appropriate breaks) until 8 pm when she reached her destination. Now if Tracy went straight home after finishing her delivery, she would be allowed to begin driving again 10 hours later – at 6 am the next day.

However, if Tracy unloaded cargo for 2 hours after reaching her destination, that means that she worked up until 10 pm. She still must have an “off-duty” period of 10 hours before she can drive again, so in this situation, she would not be allowed to drive again until 8 am the next morning.

The rules get more detailed from here, but they are all designed to cut down on accidents caused by truck driver fatigue.

Driver fatigue can cause many types of accidents, including but not limited to the following:

Rear-End Accidents
These can happen when a driver is tired because all it takes is a moment where their attention is not on the road to miss seeing the need to slow down. The sheer size and weight of semi-trucks make it particularly difficult for them to stop quickly. In fact, their stopping distance is far greater than that of the average passenger vehicle. This is why it is critical for truckers to always be on the alert. Because if they fail to allow enough time and distance between themselves and the car in front of them and a slow down occur, the circumstances are ripe for a rear-end collision.

Jack Knife
These accidents are particularly scary because they involve the trucker completely losing control of their rig. A semi-truck is composed of the cab where the driver sits, and the trailer that carries the cargo and is attached to the cab by a hitch. If the driver tries to stop too suddenly, the cab will stop more quickly than the heavy trailer. The hitch will then act as a pivot point where the trailer continues to move forward as the cab stops. At this point, the driver has lost all control of the trailer as it cascades forward, taking out everything in its path.

Side Impact
Side impact accidents or “T-bones” are thankfully a less common type of truck accident. They typically happen when a driver is not paying attention as they make their way through an intersection. Unfortunately, they can be just as devastating as other types of accidents since the full weight of the truck crushes the side of the vehicle and anything in its path.

If you or a loved one has been involved in a truck accident, you may be experiencing one of the most difficult times in your life right now. You have been hit with a life-altering trauma, and your stress levels and emotions are running high. The attorneys at Hames, Anderson, Whitlow & O’Leary are here for you. We have helped countless people in your situation navigate the legal minefield that can result when someone else’s carelessness causes major upheaval in your life. Call us today, or contact us online to set up an appointment for your free consultation.